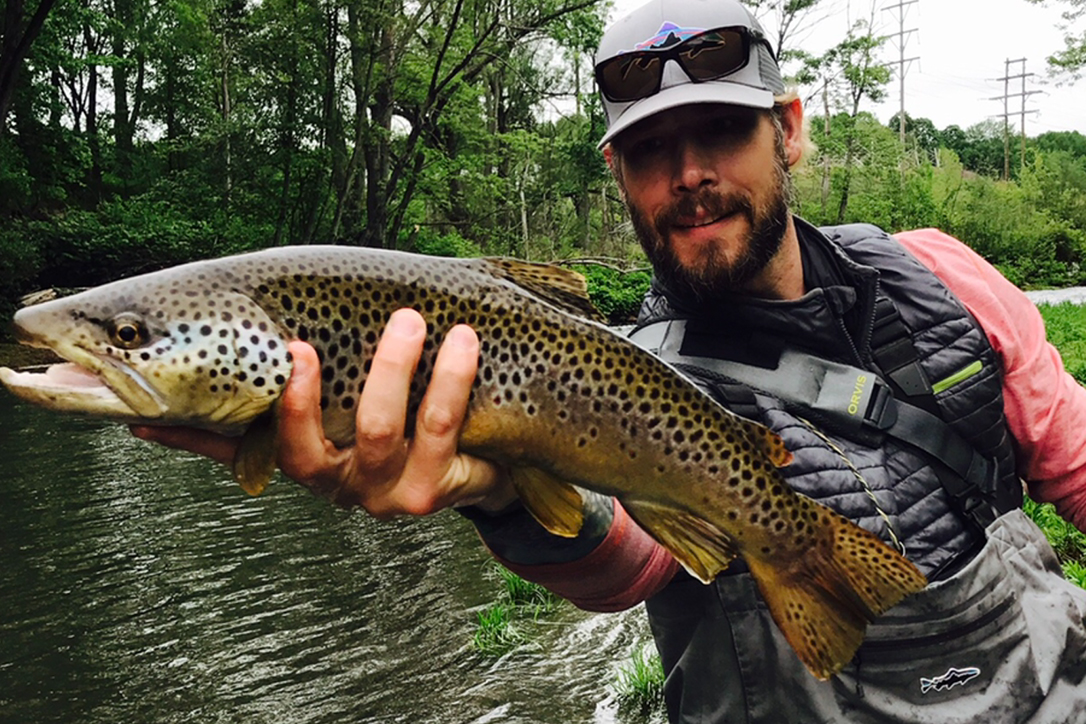 Justin was born and raised in Alaska. During his childhood, he spent many hours practicing and playing ice hockey on frozen ponds and outdoor rinks. He played division one college hockey for the University of Alaska Seawolves. After hockey season, Justin spent every weekend on the Kenai Peninsula fishing for King Salmon, Silver Salmon, Red Salmon, and Halibut.

Growing up in a family that owned a fishing camp on the Bering Sea in the town of Quinhagak has left Justin with many memories of catching Grayling in the Arolik River. Justin later moved to Northeast Pennsylvania to further his hockey coaching career, where he led his team to the championships.

In the off season, he would spend many days with his father-in-law fly fishing for the wild Delaware River trout and learning the ins and outs of the river system. Justin’s combination of a passion for fly fishing and coaching has developed him into a very effective and enthusiastic teacher on the team at Cross Current.

He is an active member of Friends of the Upper Delaware River and Trout Unlimited. He currently resides in Clarks Summit, PA with his wife, children, and German shorthaired pointer.