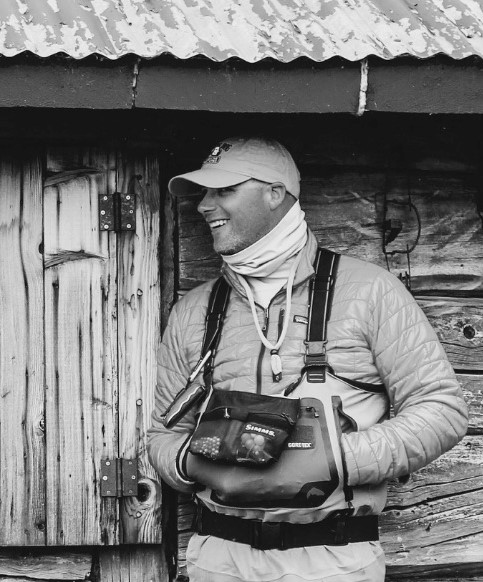 Tim grew up fishing the Delaware River with a fly rod a friend built for him over twenty years ago. From that beginning he traveled to Montana, learning how to guide and handle a drift boat on the Bighorn and other rivers. This evolved to him getting his USCG Captain’s License for the freshwaters of Alaska where he started guiding in the Katmai National Park for Brooks Lodge and its sister lodge, Kulik. In 2013 Tim became the head guide at Brooks Lodge where he continued until 2016.

We’re happy Tim has come full circle back to his Delaware River roots where he applies his knowledge and experience to fooling some of the toughest trout you’ll find anywhere. Tim is also well versed in two handed rods and the specialized techniques they offer. Tim’s passion in fly fishing extends to fly tying too where his participation in the Catskill Fly Tyers Guild allows him to share knowledge and techniques with some of the best tyers in the country. He also cares about the environment and the future of fly fishing through his continued involvement as a Kids on the Fly mentor and in Friends of the Upper Delaware River’s Bill Canfield Youth Fly Fishing Camp.